PGSS was started in 1982 as the Pennsylvania School for the Sciences (the G was added the next year), and 2022 year marked the 40th anniversary of its founding. Celebrations were held on campus during closing weekend–a social hour Friday afternoon, a “group project” by PSS 1982 with presentations on campus Saturday morning followed by a picnic. There was a 40th anniversary dinner Saturday evening where Dr. Barry Luokkala, present program director of PGSS; Dr. Peter Berget, previous program director; David Reiley, president of PGSS Campaign, and two members of the PSS 1982 class spoke. 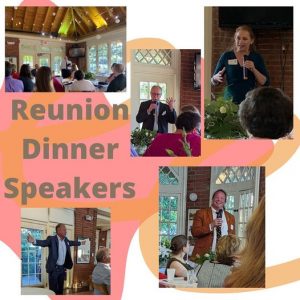